How to deal with negative feedback in your business 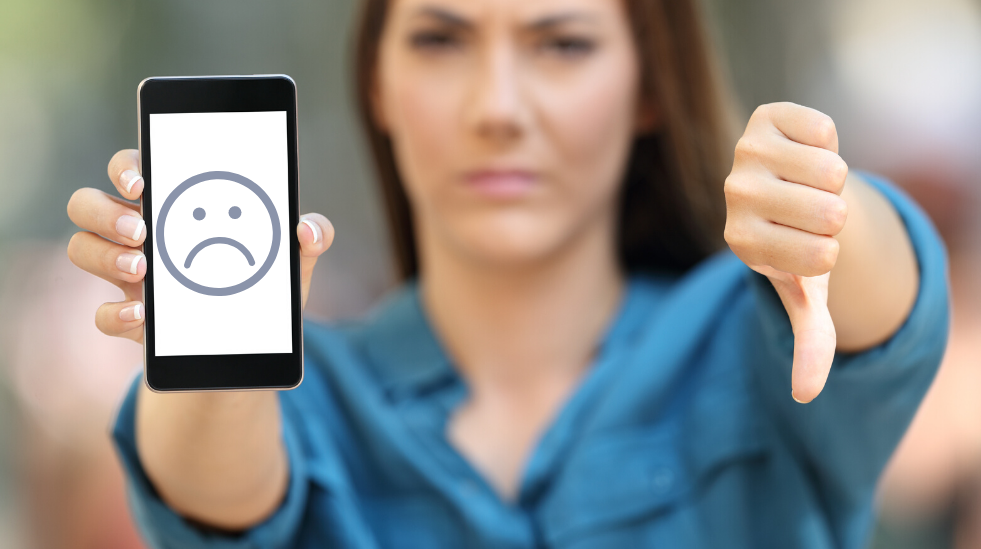 Have you ever had a hater or had to deal with criticism on your Facebook ads?
Or had someone send you a nastygram about one of your newsletters?
Have you had someone rip you apart on yelp?
Have you put out a course that you were REALLY proud of – only to have someone tell you that they thought the content wasn’t enough and they wanted a refund?
After nine years owning businesses, I believe that if you haven’t had at least one hater in your business, you probably haven’t really put yourself out there!
As an entrepreneur, one of your most valuable assets is your confidence.  And sometimes people’s criticism hurts!
This may be an unpopular opinion.  But about a year into running my brick and mortar fitness studios, I learned that I couldn’t make everyone happy; and that if I tried, I’d only make the problem worse!
First, everyone sees the world through their life experiences and their filtered lenses:
It took me years in business (and marriage) to realize that when I disagree with someone, it often isn’t that I’m right and they’re wrong.  We just happen to be seeing things from different perspectives.  Once you take the time to recognize that we all have different experiences that cause us to see things differently, it is often much easier to find middle ground or consensus (or to just say “that’s their opinion – and they have a right to their opinion” – even if you don’t agree with it!)
Second, people often have unrealistic expectations
I hate to admit that sometimes it seems that the world has lost the appreciation for Stephen Covey’s “Win Win or No Deal” way of dealing with life.  My husband Mike had been a real estate agent for years, and eventually stopped practicing full time because he didn’t like how so many clients were only out for themselves and often didn’t want to see the other side of a negotiation.  In one particular case, he had a client who wanted to buy a PARTICULAR house in a neighborhood – a house that wasn’t for sale.  Mike approached the owner (who was a real estate agent) and negotiated a deal.  The agent, notified the tenants that he was selling the property.  The tenants moved out.  The agent fixed up the property, doing all the items on the inspection report, plus a few added things that he felt should be done.  Then a week prior to closing, the buyers said that they wanted a better price and were willing to walk away from their deposit and be sued.  Mike was MORTIFIED!  This was an agent that he had built a relationship with.  He couldn’t believe that his clients could be so difficult – especially when the seller had gone out of their way for them.
Third, sometimes people just genuinely enjoy fighting with people on the internet!
This is another sad reality it seems….  We all have people in our facebook friends who seem to just enjoy antagonizing others – especially over politics or religion.  But a lot of people are busy going through life and unhappy with their own set of circumstances.  They feel better when they make someone else feel bad about themselves.  Remember – their opinion is just that – an opinion.  It holds NO bearing on your true talents, success, or self worth.  Just keep being and doing you!!!
I know it’s hard to hear criticism.  But when someone criticizes you ask yourself:
When anyone on my staff comes to me with a problem, I ask them to also come with a solution.  This is a great way to handle criticism as well.  If someone wants to criticize, determine if they had something constructive to say or if they offered a positive alternative.  If it appears that they are just trying to make you doubt yourself, or they are just being nasty – try your best to just let it go.  If they are offering suggestions or solutions, consider if that may be something that you can improve in your business!
I know that criticism is tough to take, but if you’re running a business, you’re GOING to be criticized! It just is part of the process.  Just try to see what you can learn from it – and keep doing you!!!