In this Turning Lemons Into Lemonade Episode, Stephanie McAuliffe shared some of the “yucky stuff” that really brought her to realize that she was allowing patterns to keep her from living the life she was truly meant to live!

Stefanie was a fourth generation wife of an alcoholic. Her two husbands were both alcoholics. And she found herself repeating the same mistakes that had been made in her family for generations!

Once she really saw the pattern, and saw herself repeating it – and realized she needed to divorce her second alcoholic husband, she knew she had to be part of a BIG solution!

Stefanie really started putting the time, money, and WORK into getting herself the help and support SHE needed to break the cycle! Along the way, she realized that this was a big problem for MANY women; AND that there was often a lot of shame in the struggle, so most women really weren’t getting the support and guidance they needed.

She decided to take the lemons that life had handed her family – and create support systems, a community, and books and programs for women who were facing the same challenges! And in the meantime, while helping others, she noticed huge shifts in her own life.

When we spoke, Stefanie had just returned from a trip to Tulum with other women who were on a journey to self discovery in both their lives or businesses! She spoke about just HOW important it is to have a tribe of women who will lift you up when you fall down. She also talked about community over competition as women – and that we can either climb over each other to success, or we can lift each other up as we climb.

Stefanie’s group The Message In a Bottle is a group for women who live with, have lived with, or grown up with an alcoholic. It is designed to help eliminate the stigma, and to provide women with the support and community that is so needed! Her book “The Message in the Bottle: Finding Hope and Peace Amidst the Chaos of Living with an Alcoholic” is available now via ebook and will be available soon in paperback on Amazon!

To watch this episode:

Listen to this episode of Turning Lemons Into Lemonade now!

The Message in the Bottle 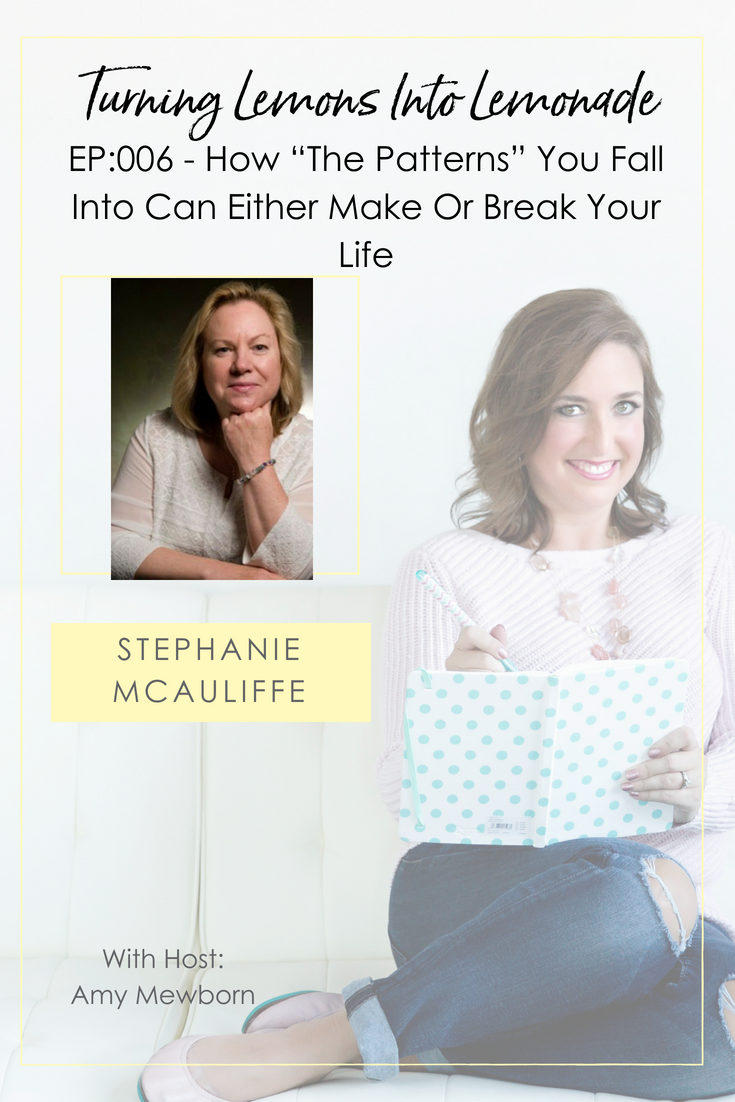