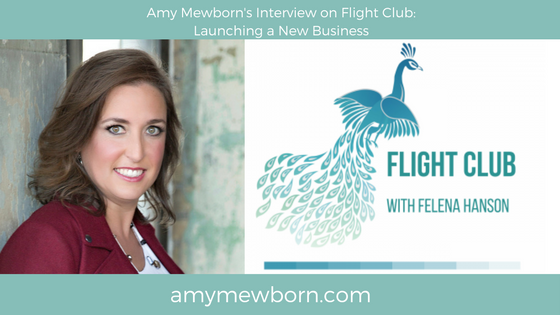 I met Felena Hanson, the founder of Hera Hub and the Flight Club podcast, over six years ago at a San Diego networking event.

I had just opened my second fitness studio, and Felena was in the process of launching Hera Hub, a women’s co-working space, here in San Diego.

As we were talking over a glass of wine that evening, we realized we could help each other.  Felena was looking for a place to soft launch the concept, while she negotiated her lease, and I had some unused space!

There is little that excites either of us more than helping women achieve their goals!

So, a beautiful relationship was formed.  We became fast friends, and have both truly enjoyed sharing thoughts and ideas as our businesses have grown.

In my interview with Felena on Flight Club, we discuss many of the challenges of launching a business, why I chose to build an educational model vs. a franchise model in my business, and so much more!  We also discussed writing our books and pushing them out of the nest!  It’s a casual conversation between two friends, and I think you’ll enjoy it!